Bridgetown and Area - A Brief History

A schooner in front of the Ruggles EstateBridgetown began as a very small Acadian settlement (Gaudetville), one of many established along the Annapolis River during the 1600’s and early 1700’s. The Acadians were attracted by the rich soils of the river’s tidal marshes, which they successfully drained and farmed. In 1755 the British Government expelled the French from Nova Scotia and the newly formed Nova Scotia Government expropriated the ‘vacated’ lands. In 1759 a land-grant proclamation addressed the newly acquired lands. In what was then called Granville County, 200 land grants of 500 acres each were laid out, each running from the Annapolis River north to the Bay of Fundy. These 800 to 1000 foot wide strips of land were quickly settled by New England “planters”.

Lot Map 1821In the late 1770’s, near the late Gaudetville, John Hicks began a ferry service to cross the River. It was the first and only crossing-point above Annapolis Royal. This service at Hicks Ferry operated until 1803 when the first bridge was constructed.

In the early 1800’s Captain John Crosskill came to the area and, through marriage, acquired control of three adjoining land grants collectively known as the Farm of Henley. The ‘Farm’s’ river-front boundary included the bridge. Seeing the importance of this crossing-point, Captain Crosskill believed that a town should be established and, in 1821, he designed and laid out a town plan. In the words of historian Elizabeth Ruggles Coward, “all the lots running from Granville Street [Highway #1] to the River were 90 feet square, and all the streets were two rods (33 ft.) wide except Queen Street and the street next east. He surveyed enough of this to take care of the town’s growth for one-hundred years, deeding the streets to the county for public use forever.” His lots sold quickly. It was only sensible to call the town Bridgetown after its most prominent feature.

Covered bridgeThus, in 1821, Bridgetown was created “over-night” so to speak. It was formally incorporated in 1897. As the head of navigation the town became a natural commercial center, collecting the region’s agriculture and forestry products for export, and distributing its imports. It was a natural place for manufacturing enterprises to begin. The importance of the river as a shipping route resulted in an era of prosperity that has left a legacy of handsome homes, still to be admired. 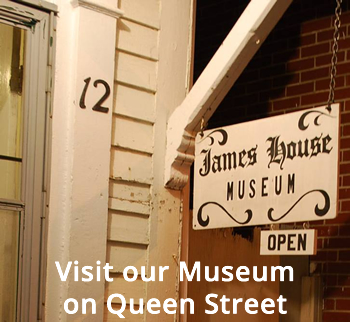